Teaching Interests: My teaching philosophy is grounded in fostering a growth mindset for students to become independent, resilient, life-long learners. I also believe that evidence-based teaching practices with an emphasis on active learning are the most effective (and usually more fun) for students and teachers. 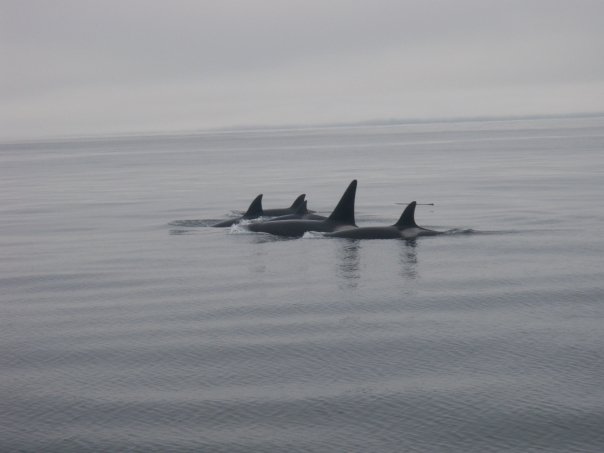 My PhD thesis examined the factors that influence the foraging efficiency in otariid seals both free-ranging and trained.  Three of the  research questions I examined are described below. View video on related research: “Monster Data: unveiling the secret lives of marine mammals”. Have you ever wondered how scientists know where marine mammals go and what they actually do while underwater? Join the Vancouver Aquarium, the University of British Columbia and the Peter Wall Institute for an evening with biologists and statisticians as they reveal secrets contained in monster data now being collected by whales, seals and sea lions equipped with high-tech cameras and micro-computers.

Link to video of public lecture in May 2015:

Dive characteristics (dive duration, dive depth, ascent speed, dive shape) from time-depth recorders (TDRs) are often used to infer measures of foraging success in pinnipeds. However, these inferences have not been directly validated in the field with video, and it remains unclear if this method can be applied to benthic foraging animals with little variation in dive shape, such as the Australian fur seal. I compared the prey capture attempts predicted from a range of dive characteristics to the actual prey capture events observed on National Geographic Crittercam video. This allowed me to assess the accuracy of using TDRs to predict foraging behaviour. Results from this study linking verified foraging dives to common dive characteristics potentially opens the door to decades of historical TDR datasets across several otariid species. This project done in collaboration with UBC and the Vancouver Aquarium complements the research on free-ranging Australian fur seals by examining the energetic component of foraging efficiency. 3-dimensional movement (ODBA) has been used to predict metabolic rate, but it remains unclear if this relationship holds true when the animals carry a large oxygen debt over several dives in a series.I determined if the relationship between metabolic rate and 3-dimensional movement changed in Steller sea lions diving with a large oxygen debt over long dive durations and several dives in a series.

Using 3-dimensional movement (or overall dynamic body acceleration ODBA) to predict metabolic rate in sea lions is analogous to a person using a pedometer app (that counts your steps) on their smartphone to predict the number of calories burned during exercise.

Graduate Student Opportunities: I am not accepting graduate students currently.

I am appreciative of the help and support provided by: