Long-term studies quantify the prey requirements of pinnipeds, and help predict the effects of nutritional stress.

Long-term studies quantify the prey requirements of pinnipeds, and help predict the effects of nutritional stress.

Two new studies answer the question: “How much fish does a seal need?”

One of the most common threats to marine mammal populations is reduced food supply, either due to the effects of climate change or human fishing pressure. The inability to acquire adequate prey has been a leading hypothesis to explain the decades-long decline of the endangered Steller sea lion.

Rapid environmental changes are predicted to negatively affect Arctic seals through a combination of sea ice loss, changes in their prey base, and increases in the costs for foraging and resting. 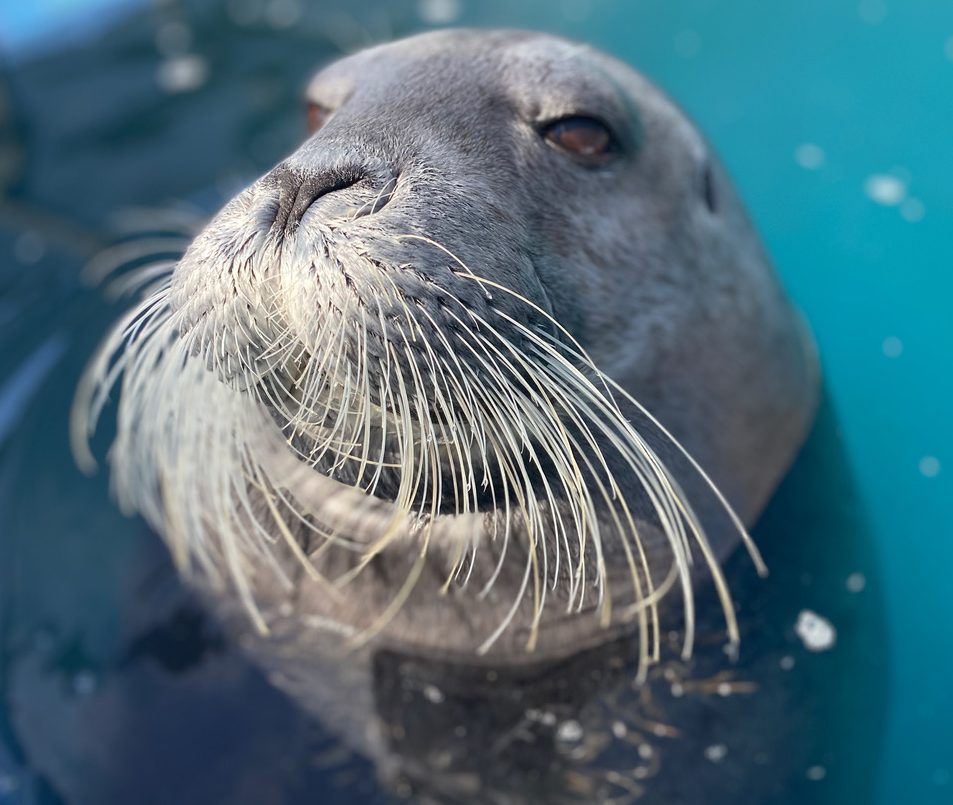 Central to understanding how environmental changes will affect individual animals and their populations, is the need to determine how much food marine mammals require, how prey demands change during the year, whether there are critical times of year when securing adequate food is more important, and what the physiological consequences are of not catching enough fish. Unfortunately, it is difficult to answer these questions for wild pinnipeds.

Fortunately, invaluable data can be obtained from seals and sea lions maintained under human care. Dr. David Rosen, an Assistant Professor at UBC’s MMRU/IOF, recently published two papers that directly addressed  questions related to the food needs of seals and sea lions and the consequences of undernutrition. 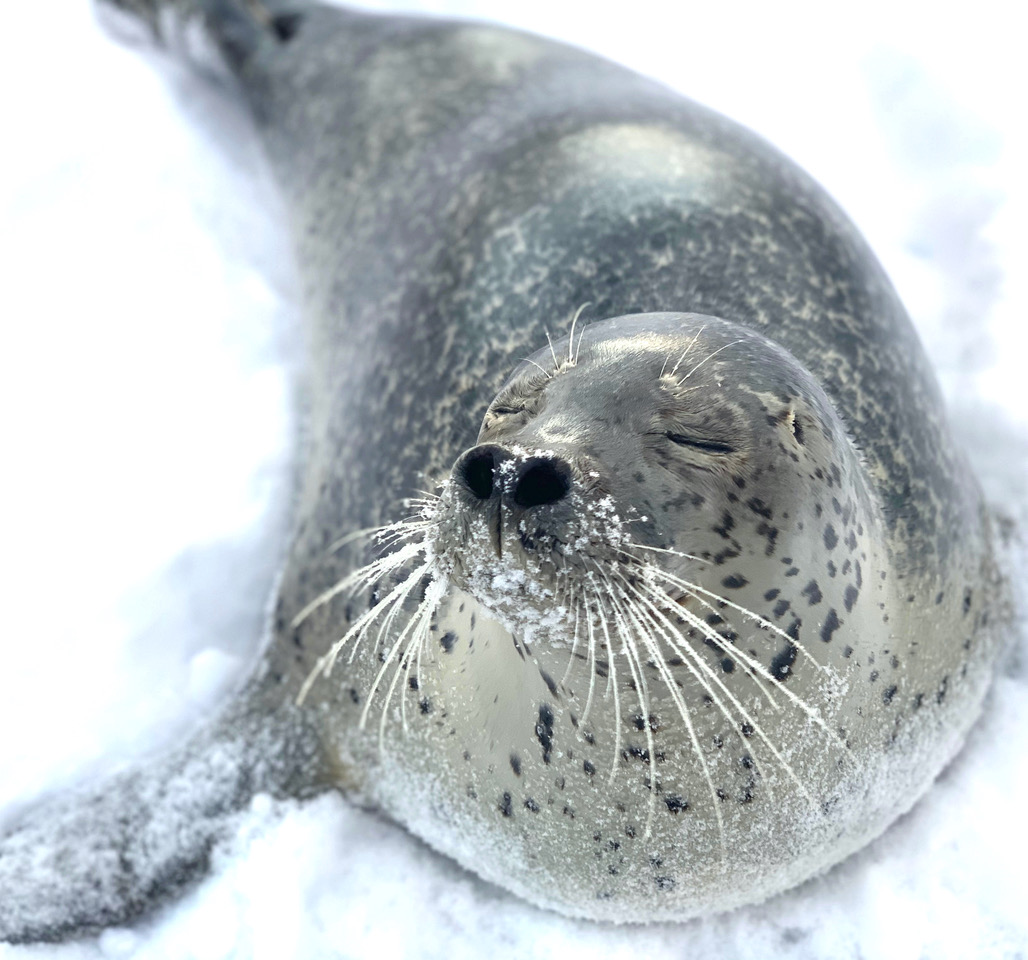 In one of the papers published in Aquatic Mammals, Dr. Rosen and colleagues Dr. Collen Reichmuth (UCSC) and Dr. Nicole Thometz (USF) continuously measured the food intake and body mass for three ice-dependent Arctic species of seals — ringed seals, bearded seals, and spotted seals — over a 9-year period. They assessed how body mass and food intake changed as the seals matured from pups to adults, and also identified predictable seasonal cycles where both mass and food intake varied during the year.

Although maintained in research facilities, the ringed seals, bearded seals,  and spotted seals mimicked the same hormonally-driven changes in physiology believed to occur in wild seals. This allowed the research team to identify potential critical periods when the seals relied on ingesting large amounts of fish needed to restore vital fat stores lost during earlier periods (when they ate less and were more active), as well as prepare for future seasons when on-board fat reserves are essential to survival and reproduction.

Their research raises the question of “what happens when an animal doesn’t get enough food”? In some ways the answer is obvious — as with any other animal, generally eating less food means losing body mass. But Dr. Rosen wondered whether there was a way of predicting exactly how much mass the animal would lose — that is, could the effect of a certain level of nutritional stress on the growth of a seal or sea lion be quantified? 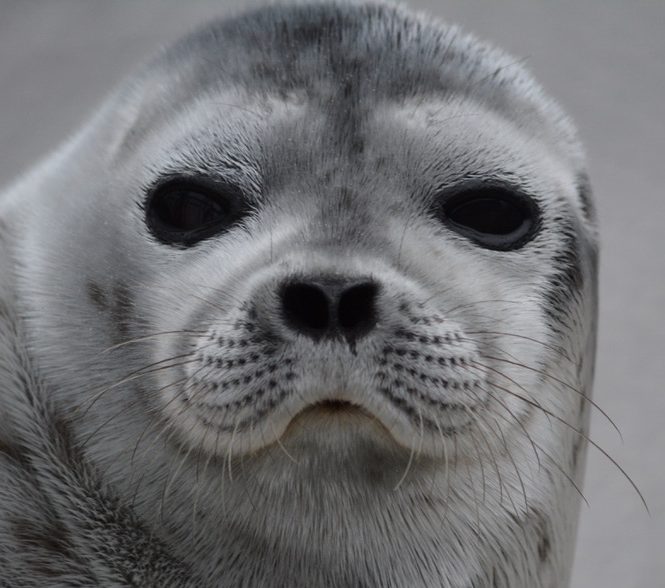 The ability to predict the effect of a certain level of nutritional stress on an individual animal’s physiology is central to modern species conservation models. Dr. Rosen realized that the answer might lay buried in data collected during numerous feeding studies conducted with groups of Steller sea lions maintained at the Vancouver Aquarium over the past 2 decades.

By combing through the records of dozens of previous trials, Dr. Rosen uncovered a mathematical relationship predicting how a certain level of underfeeding would decrease the normal growth rates of sea lions. Even better, the equation, recently published in Marine Mammal Science, was robust enough to be applied to animals across a broad range of ages and during different times of the year.

Dr. Rosen feels that the findings from both of these studies are exactly the type of hard data needed to formulate science-based management plans to aid in the recovery and conservation of pinniped species. They also demonstrate the tremendous value that animals maintained under human care contribute to conservation efforts of their wild counterparts.

The work was also recently presented at the Alaska Marine Science Symposium (watch the video below).