You can’t beat a healthy heart

You can’t beat a healthy heart

New research is shedding light on the hearts of healthy marine mammals, and how they compare to human hearts

Everyone knows that heart health is important to human health. However, relatively little is known about the hearts of marine mammals, and how they compare to our hearts and those of other terrestrial mammals. 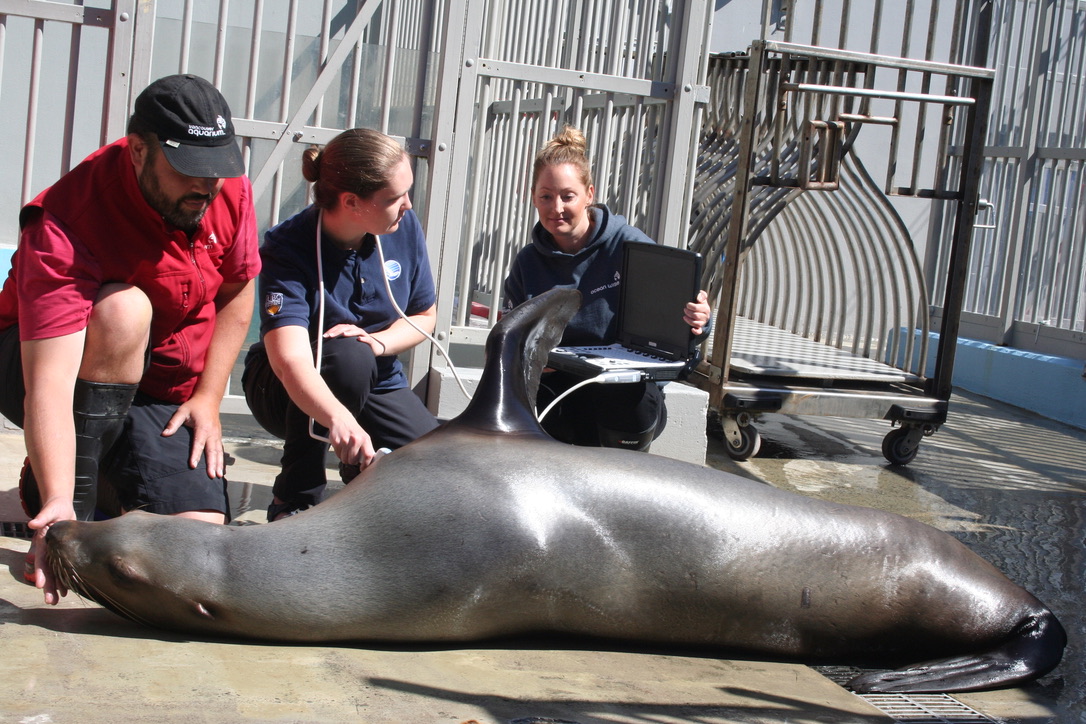 During a training session at the Vancouver Aquarium, Rhea Storlund holds an ultrasound probe to the chest of a Steller sea lion.

For marine mammals, the heart has to perform some extraordinary tricks. When marine mammals dive, their heart rates decrease to very low levels to allow the limited oxygen stored in their blood to be directed to where it is needed most.

Despite the critical role that the heart plays during diving, many questions remain about heart function in marine mammals. Even some of the most basic measurements of heart health that are routinely measured in people—such as heart rate and cardiac electrical activity—can be quite challenging to measure in marine mammals. Yet this information is critical for understanding how the hearts of marine mammals differ from terrestrial mammals. It is also needed to assess the cardiac health of individual animals. 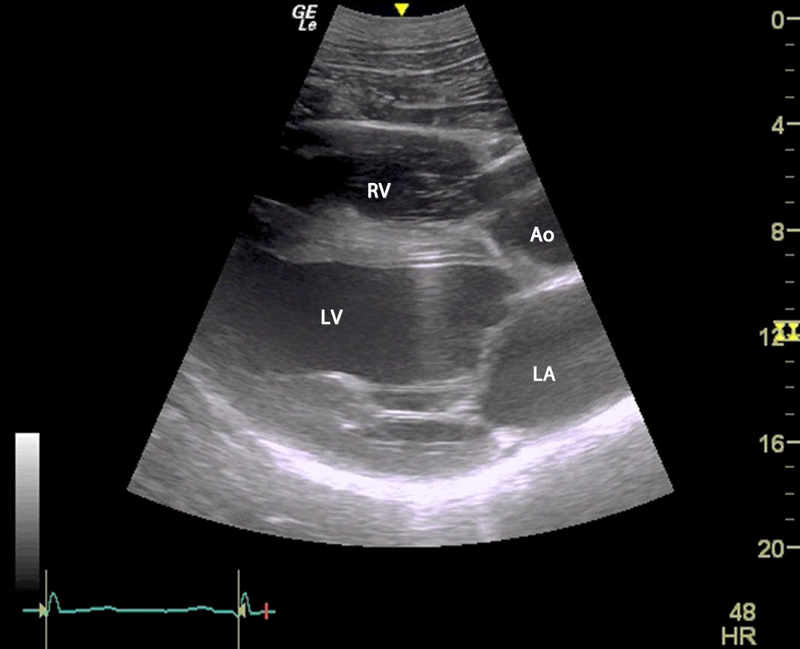 Rhea Storlund, a PhD Candidate with the Marine Mammal Research Unit, brought together a team of veterinarians, animal health technicians, trainers, and researchers to examine the beating hearts of three species of pinnipeds at the Vancouver Aquarium. She and her team attached electrodes to a walrus, 5 fur seals and 8 sea lions to record electrocardiograms (ECGs), and also used an ultrasound to take picture of the left sides of the sea lions’ hearts. 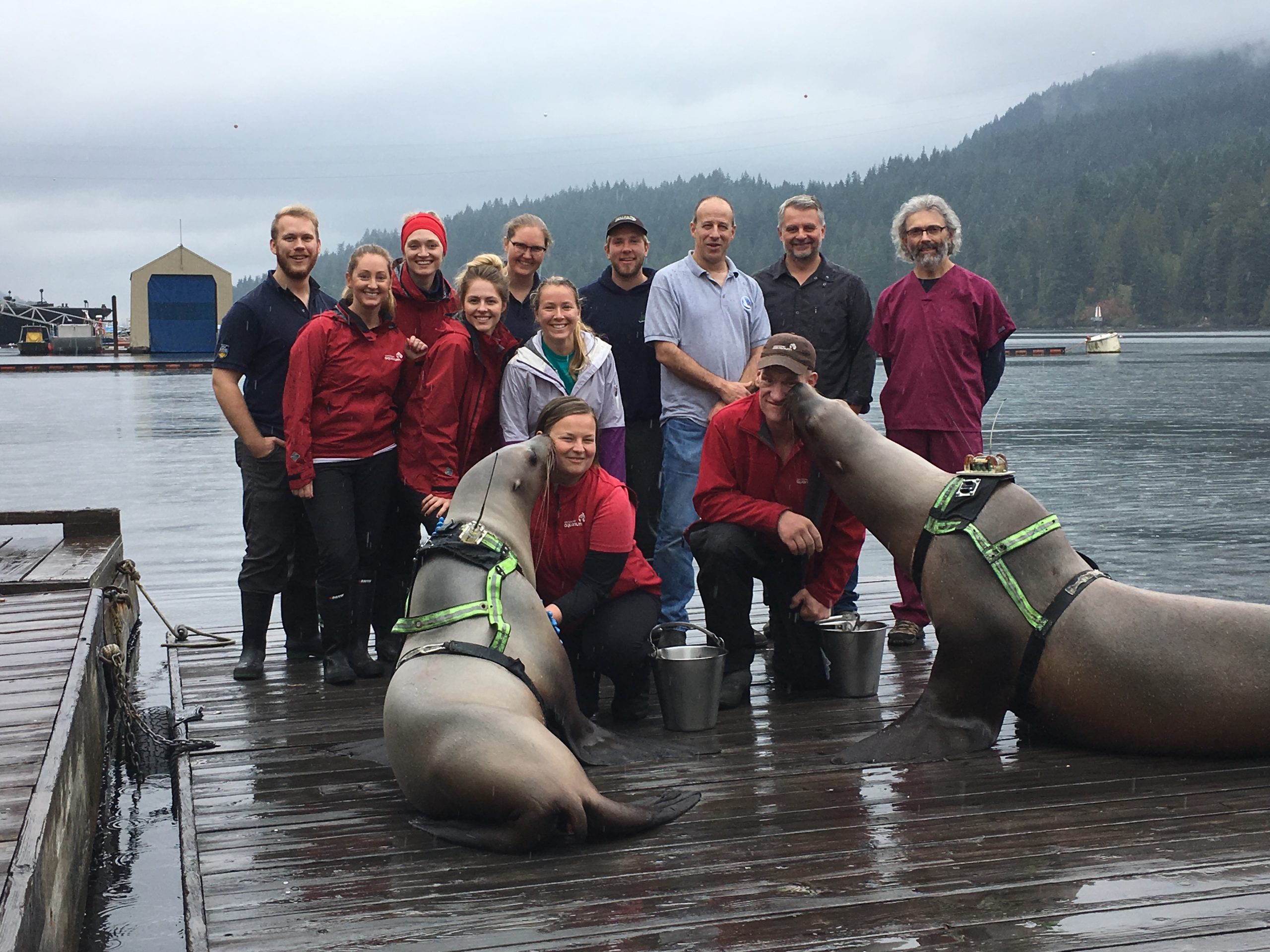 The team shared their findings in a pair of recent papers. The first paper, published in the Journal of Zoo and Wildlife Medicine, provides insight into pinniped heart health. Using echocardiography—imaging the heart using ultrasound—the team was able to view, measure, and describe the left ventricle of Steller sea lion hearts. They also used electrocardiography to study the electrical signals that coordinate heartbeats in the same Steller sea lions, as well as in the northern fur seals and walrus. The values they reported are useful reference points for assessing cardiac health in pinnipeds under human care.

In a second paper—published in Frontiers in Physiology—Storlund and her colleagues went one step further by comparing the timing and coordination of cardiac muscle contractions between marine and terrestrial mammals. Because marine mammals have cardiovascular adaptations for diving, Storlund wondered if there were differences between the electrical activity of marine and terrestrial mammal hearts? This question formed the idea for this second paper. 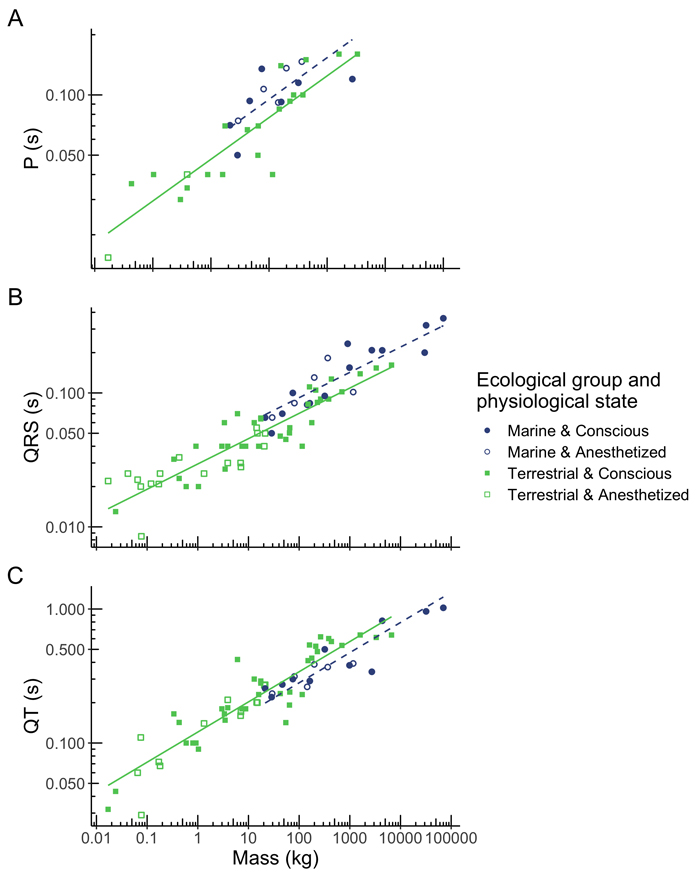 Storlund and her team compared the ECG values of 69 species of mammals (including the values from the walrus, Steller sea lions, and northern fur seals), and were surprised to discover that the heart rates of similar sized terrestrial and marine mammals were almost the same—despite the greater physiological challenges marine mammals incur by living in water. However, a closer inspection of the characteristic spikes of the ECG’s that make up individual heartbeats revealed several differences in how the muscles of their hearts contract. Storlund suspects that the differences they found between marine and terrestrial mammals are due to the unique size and shape of marine mammal hearts, which are flattened and have thicker walls compared to those of terrestrial mammals.

The work that Storlund led contributes significantly to identifying abnormalities and adaptations in the hearts of marine mammals. However, much more remains to be learned as Storlund and her team continues to press on with their cardiac research—one heartbeat at a time.